Vilalba dels Arcs is a town in the region of Terra Alta. It borders with La Fatarella, Gandesa, Batea, and Pobla de Masaluca, and to the north with Riba-roja d’Ebre (Ribera d’Ebre). It extends between the valley of Voravall and a series of elevations to the east that are part of the mountains of Fatarella, among which the hill of La Gaeta (548 m) stands out. The entire territory is very steep and is crossed by the Capçades Ravine and other ravines carrying the waters of the Ebro through the Voravall and Comes valleys.

It is known for the staging of La Pasión de Vilalba de los Arcos during Holy Week. On Holy Thursday and Holy Saturday the town becomes the Jerusalem of the first century where its medieval streets and house facades form the backdrop to this unique outdoor play.

The municipality of Vilalba de los Arcos was part of the templars’ extensive domains in the mayoralty of Miravet, and it was the commander of Miravet, Bernardo de Campanisa, who granted the municipal charter

of Vilalba in 1224 to four settlers, according to a preserved published  document by Fuente y Ríos.

The depopulation in the fourteenth century caused by epidemics worsened the condition of universities and autonomous municipalities. At the end of the 15th century the order of Villalba de los Arcos was created. According to Anton Monner, the first commander was Juan de Lianyi (1485) and the last, Gaspar Catalán (1787). The order represented a time of splendor for the population which was reflected in the construction of the new church in the seventeenth century.

On January 10 1643, during the War of the Spanish Succession, the Castilian troops plundered the town. When they left in 1652, miquelet troops operated in the area, especially in Vilalba and La Fatarella, until 1685. Some died fighting against the troops of the king.

The war saw many wounded soldiers dying in the hospitals of the town, and in the trenches of the Brotherhood of Engracia many fallen from both sides were buried. On January 29 1706 the Castilians occupied the town, and the local government was not able to take it back. 50 soldiers held the occupation until 1759.

In the Carlist Wars the town was strengthened. The population was favorable of the Carlists, although a good number of vilalbins fought against Cabrera in the areas of Gandesa.

During the last civil war, from July to November 1938, it was one of the points where the republican front stabilized in the terrible Battle of the Ebro in Cuatro Caminos, which led to the destruction of a good part of the city. 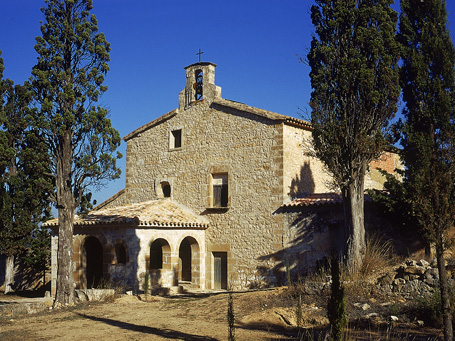